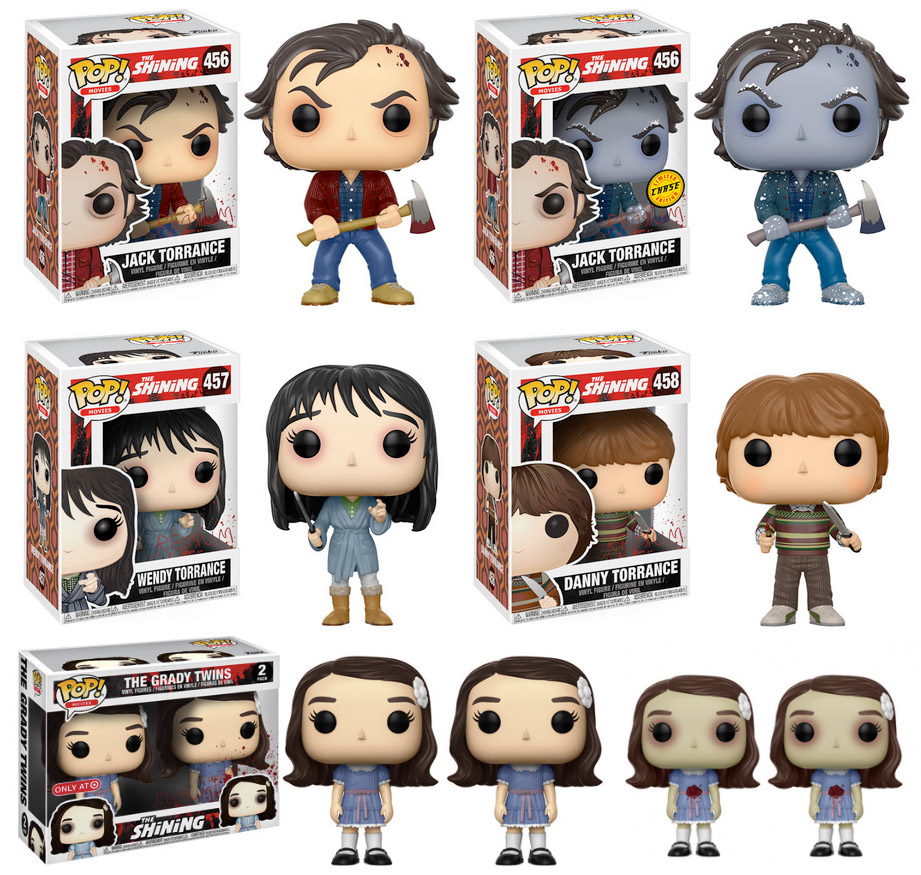 Funko really outdid themselves today – with a slew of new horror product reveals. Possibly the most exciting being an entire series of Funko Pops based on the Stanley Kubrick film – The Shining. From the classic psychological horror/thriller, the Torrance family are receiving the Pop! vinyl treatment! The set will include Jack - featured with his signature axe, Wendy, and Danny Torrance. Also look for the "chilling" chase of Jack, based on the famous end scene of The Shining (he will be a 1-in-6 rarity). If that weren't enough – Target stores will be carrying an exclusive Grady Twins two-pack – complete with their own bloody chase variant. Look for the whole series in stores this August!