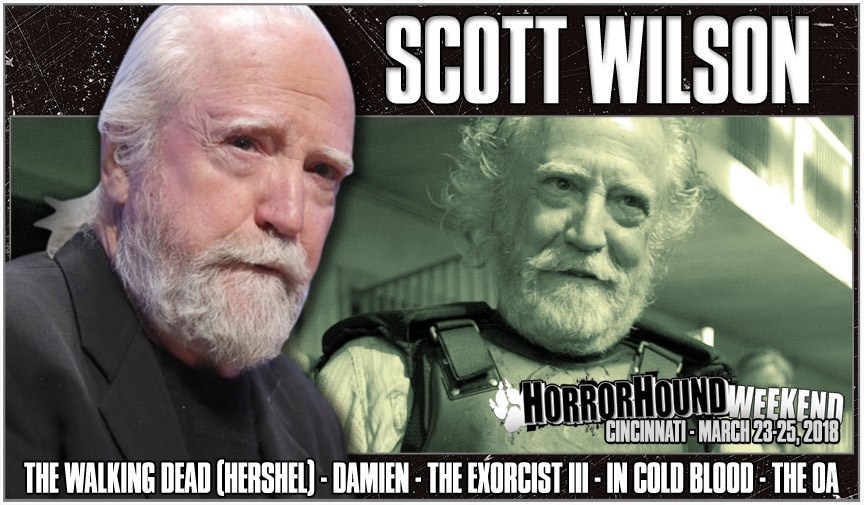 We are thrilled to reveal that Scott Wilson has been added to the guest list for HorrorHound Weekend: Cincinnati - taking place March 23-25, 2018 at the Sharonville Convention Center!

Scott Wilson is a HHW fave and frequently requested returning guest, having played the beloved character of "Hershel Greene" on AMC's The Walking Dead. Since that role, Scott has gone on to star in such TV series as Damien, Bosch, and Netflix' The OA (which is scheduled to return in 2018). Prior to his TV stint – Scott Wilson is a decorated actor, having appeared in such high caliber projects as In the Heat of the Night, In Cold Blood, The Right Stuff, Dead Man Walking, Monster, G.I. Jane, Clay Pigeons, Pearl Harbor, Junebug, The Last Samurai, The Way of the Gun, Castle Keep, Geronimo: An American Legend, and The Great Gatsby. Scott also appeared in such genre fare as The Ninth Configuration, The Exorcist III, Open Window, Judge Dredd, The Host, and Behind the Mask: The Rise of Leslie Vernon.