E.T. the Extra-Terrestrial Reunion at HHW

E.T. the Extra-Terrestrial Reunion at HHW 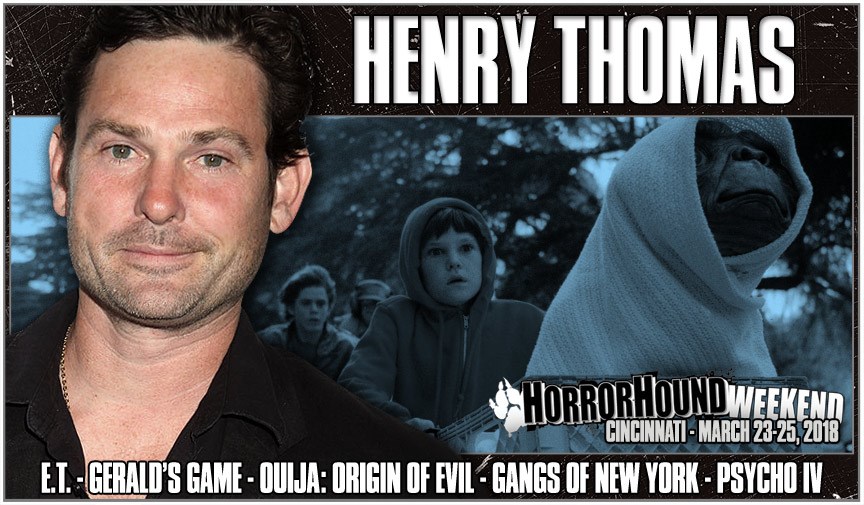 We are thrilled to announce that this March 23-25th – at the Sharonville Convention Center – as part of the HorrorHound Weekend event ... we will be hosting a special E.T. the Extra-Terrestrial reunion, made up of stars Henry Thomas, Dee Wallace, and Robert MacNaughton.

Henry Thomas is obviously known for his role as "Elliott" in the 1982 Steven Spielberg film, E.T. the Extra-Terrestrial – but what's really interesting about Henry is his intense resume working in and around the horror genre.In 1986 Henry starred in the fantasy adventure film The Quest (just after appearing in the cult crime/adventure film Cloak & Dagger).  In 1990 Henry starred as the young Norman Bates in the Mick Garris-directed Psycho IV: The Beginning – the first story iteration of Norman's origins. In 1992 he appeared opposite Michael Biehn in A Taste for Killing. In 1993 Henry appeared in the epic alien abduction film Fire in the Sky. After appearing in Legends of the Fall, Henry went on to appear in the amazing 1997 cult classic Suicide Kings (co-starring Christopher Walden, Denis Leary, Sean Patrick Flanery, and Jeremy Sisto). Later films included All the Pretty Horses, Bombshell, and Fever. In 2002 Henry had a feature role in Martin Scorsese's Gangs of New York. Soon after, Henry Thomas started to appear and star in a slew of noteworthy genre titles – including Dead Birds, the Masters of Horror episode Chocolate, Stephen King's Desperation, Nightmares & Dreamscapes, Don't Look Up, and Red Velvet. Most recently, he has appeared in such horror hits as Ouija: Origin of Evil, and the Netflix original Gerald's Game. His next project is starring in the Netflix original TV series The Haunting of Hill House. Henry can also be seen in such recent films as Dear John and The Last Sin Eater – plus such TV series' as Better Things, Betrayal, Sons of Liberty, and Grip & Electric. 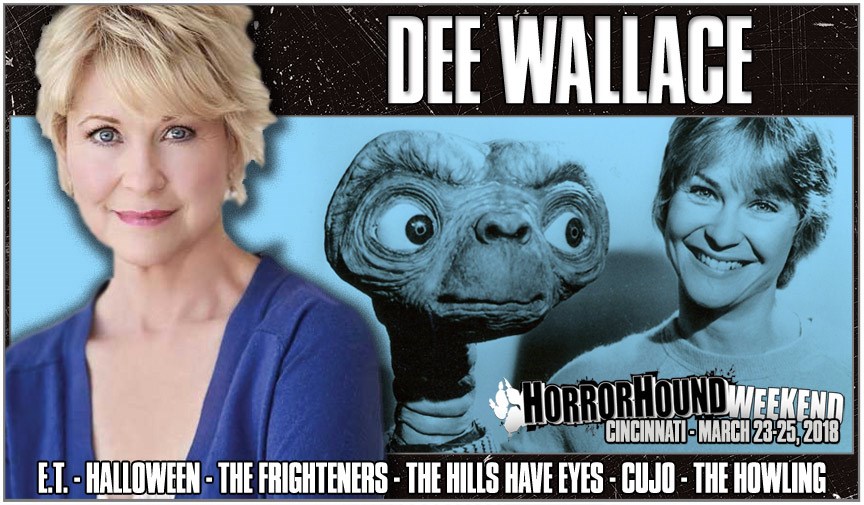 Joining Henry Thomas in the special E.T. reunion is another horror legend ... DEE WALLACE! Dee Wallace, naturally, played "Mary" (Elliott's mom) in E.T. the Extra-Terrestrial – but it's her genre credit that's really breathtaking. Dee has starred in such horrific cinema as The Howling, The Hills Have Eyes, Cujo, Rob Zombie's Halloween, Critters, The House of the Devil, The Lords of Salem, The Lost, The Stepford Wives, Popcorn, The Frighteners,  All Hallow's Eve, Alligator II: The Mutation, Red Christmas, The Plague, Abominable, Robocroc, and Boo. Dee also appeared in the TV series Grimm and Supernatural. Outside of horror? Dee worked on such projects as 10, Rock-A-Doodle, A New Lassie (TV), General Hospital, Rescue Me, Cops and Roberts, Nevada, Invasion America, and many ... many other projects (Seriously - check out her IMBD). 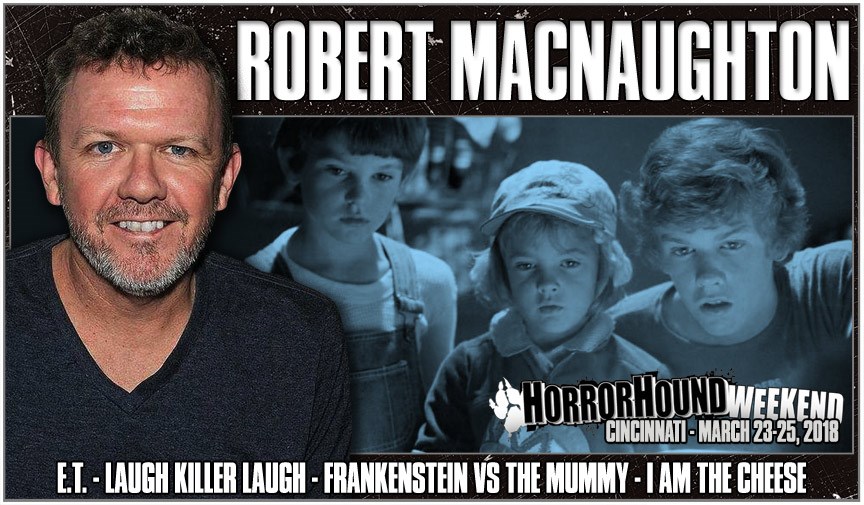 Tying up the trio E.T. reunion is Robert MacNaughton – known for playing "Michael" in E.T. the Extra-Terrestrial (Elliott's brother). Robert has appeared in a few additional projects over his 30-some years in the business. After E.T., Robert appeared in I Am the Cheese, as well as spots on such TV shows as Newhart and Amen. Most recently, Robert has started appearing in films once again, particularly genre fare, with such titles as Frankenstein vs. The Mummy and Laugh Killer Laugh. We are very happy to have Robert attend HHW! On top of appearing at HorrorHound Weekend, Henry, Dee, and Robert will participate in a special Q&A session, group professional photo-ops (with a special prop Extra-Terrestrial  "friend" ... if you will). Keep an eye on the HHW Photo-Op page for that info - CLICK HERE!