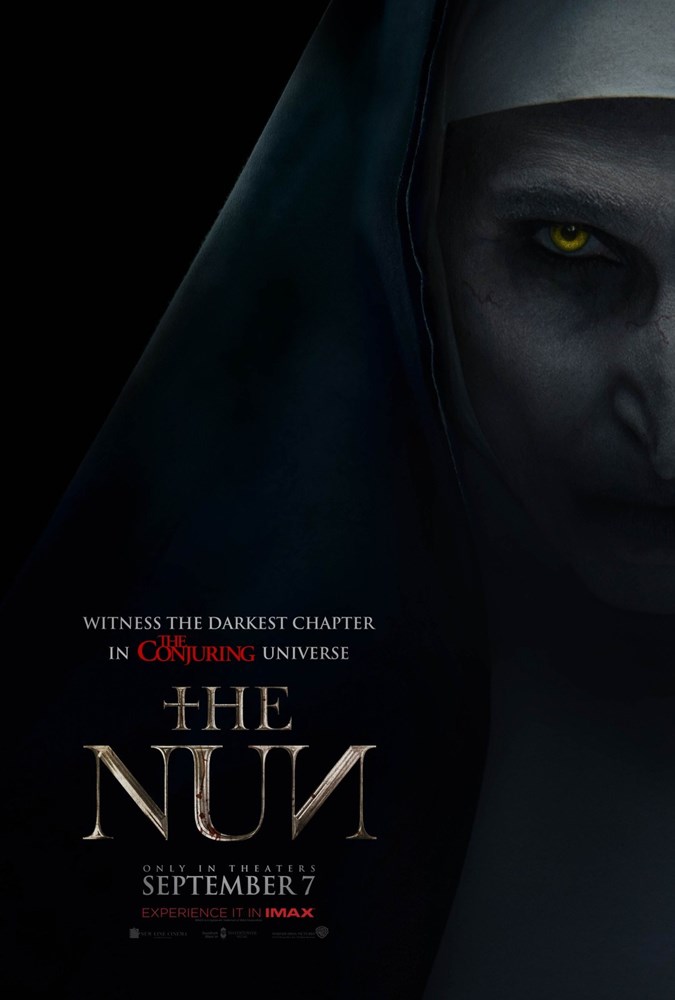 The official trailer for The Nun has been released – continuing the cinematic universe that started with the Conjuring film series, continuing with Annabelle ... and on September 7th, we dive into THE NUN - the origin story of the demonic character seen in Conjuring 2. A priest with a haunted past and a novitiate on the threshold of her final vows are sent by the Vatican to investigate the death of a young nun in Romania and confront a malevolent force in the form of a demonic nun. The film is directed by Corin Hardy (The Hallow) based on a screenplay by Gary Dauberman (IT, Annabelle: Creation) – and stars Taissa Farmiga (American Horror Story) and Charlotte Hope (Game of Thrones).