Fantasia Internationl Film Festival is closely approaching – happening in the heart of Montreal from July 12th to Aug 2nd! Thee 22nd annual event will feature incredible pomp, celebration, and circumstance spanning more than 22 days. Created, curated and cultivated for fans from all walks of life and generations, the ringleader Mitch Davis, the cast of Fantasia programmers and crew will present content from around world including features, shorts, VR, master classes, retrospectives, filmmaker Q&As, panels, Frontières market, podcast recordings, guests of honor, parties, unforgettable moments, and much more! With over a 120 feature films that span live action, animation, documentaries and more, Fantasia will no doubt be the talk of not only Montreal but EVERYWHERE for genre film fans

Continuing the odyssey of covering genre film festivals for HorrorHound, I wanted to give ten feature film suggestions to check during the three weeks of Fantasia!

• Anna and the Apocalypse – One of my favorite film festival entires in 2017, this film was a truly blessed
viewing experience. Charismatic, emotionally wrenching and a smart mash up of musical, coming of age and zombie apocalypse against the backdrop of a teen drama, Anna and the Apocalypse has it all! The power of an original holiday song book, energy, tension and kick ass practical FX will make this one of the highlights of Fantasia. (Dir: John McPhail / England / Seen: Fantastic Fest / Playing: July 25)

• Nommer 37 – The classic suspense tale of Rear Window unfolding in the urban area of South Africa. A man watches from his window confined to a wheelchair and confronted by the sins of his past, present and future. Number 37 was a surprise for me back at SXSW. The features a realistic and gritty visual canvas in claustrophobic space. Laced with powerful performances that have a roller coaster style emotional track, this film grabs you and does not let go! (Dir: Nosipho Dumisa / South Africa / Seen: SXSW / Playing: July 28 & 30)

• Summer of 84 – RKSS is back and Summer of 84’ shows the
range of their talent! Taking a formula utilized quite a lot in the genre, a group of friends who are enjoying their childhood but a bit too nosy come face to face with a real life evil in their neighborhood. Wonderfully told who done it, Summer of 84’ is frightening at times with characters you care about and connect with. Summer of 84’ is storytelling at its finest with the trio of filmmaking minds form RKSS that slowly weave the paranoia and show fear is very real and maybe right next store. RKSS is unafraid and will take the viewer to places which will challenge and truly make them uncomfortable. (Dir: RKSS / Canada & USA / Seen: Chattanooga Film Fest / Playing: July 14)

• The Dark – Perhaps the most emotional storytelling on my list, this debut feature from Filmmaker Justin P. Lange was a favorite at Tribeca. Using some of the classic horror troupes as building blocks, Lange tells the story of a bond formed between an abused girl (Mina) and boy (Alex). Showcasing stellar performances and FX makeup, The Dark reflects elements of the genre classic Let the Right In and the Pixar masterpiece Up in its story formation, pace and relationship building. The visual presentation feels like a fable. The performances are top notch and the makeup reveals the terrors within. (Dir: Justin P. Lange / Canada & Austria / Seen: Tribeca / Playing July 19 & 23)

• The Field Guide to Evil – Not a favorite of many in the genre community… I personally enjoyed this unique anthology that reveals lesser known fairy tales, urban legends and folklore from the around the world. Creating something not seen very often in the genre (originality), Producers Ant Timpson and Tim League brought on eight eclectic storytelling voices to put a spin on a countries dark tales. With a diverse cast, score, visual presence and style, we return to the cautionary tales that were anything
but cartoon or Disney. The bizarre that is not just from faraway lands but right in our homes, villages, woods and throughout history. (Dirs: Ashim Ahluwalia, Can Evrenol, Severin Fiala, Veronika Franz, Katrin Gebbe, Calvin Reeder, Agnieszka Smoczynska, Peter Strickland, Yannis Veslemes / USA, Turkey, Greece, Germany, Poland & more / Seen: SXSW / Playing: July 28 & Aug 2)

• The Night Eats the World – A man is trapped in an apartment building. He falls asleep during a party and wakes to find that Paris is no longer the world he knew. The undead roam and rule the town. A methodical and psychological portrait of isolation with a stellar lead performance. Clever, emotional and resourceful with the cherished sub-genre troupes, The Night Eats the World is a welcomed entry to this sub-genre. (Dir: Dominique Rocher / France / Seen: Tribeca / Playing: July 13)

• The Ranger – Kick ass! Helmed by Glass Eye Pix Producer Jenn Wexler, this homage to rebellious genre cinema (Class of 1984, Repo Man and Return of the Living Dead) blends punk attitude with the 1980’s slasher formula. Creating not only a bond between the punks but one of the most endearing yet terrifying villains in years in “The Ranger” (Jeremy Holm), The Ranger takes no prisoners with healthy
amounts of gore, action and a fingerprint reflected in Wexler and her crew. Well-rounded performances, dream like feel and a bad ass soundtrack! (Dir: Jenn Wexler / USA / Seen: SXSW / Playing: July 23)

• The Scythian – Perhaps not a genre title but… maybe it is. Russia is the home to a tribal story that focuses on a warrior caught in the middle of a brutal power game that takes no prisoners. Filled with powerhouse action, eye popping fight chorography, beautiful cinematography and an electricity, this is gritty storytelling of a by gone age that must be seen on the big screen! (Dir: Rustam Mosafir / Russia / Seen: Fantaspoa / Playing: July 15 & 19)

• Tigers Are Not Afraid – I have now seen this film at least six times over the last year. Heartwarming and wrenching all in one breath. Issa Lopez is a storyteller whose heart sits on her sleeve and her rebel spirit rests in the spectral presence that haunts the magical journey of this narrative. A tribe of at-risk Mexican children escaping abduction and a coming of age for each of them that enchants and haunts you no matter how many times you may watch. Just beautiful and timeless on every level. (Dir: Issa Lopez / Mexico / Seen: Ithaca Fantastik & Fantaspoa (Most Recently) / Playing: July 30)

• Unfriended: Dark Web – I was a fan of the first film and how the horror was cultivated through performance, cinematography and the conflict of relationships that are built with deception. Filmmaker Stephen Susco, (who is one of the best screenwriters on the dark landscape of horror) takes successful elements what worked with the first film and makes it more human and terrifying. Unfriended: Dark Web creates a realistic conflict that twists the viewer throughout. Never feeling fully in control as a viewer, Susco challenges the audience with a film that is based in truth and the reality of the digital world we live in. He finds a balance with an older and more tech savvy cast of characters that are stuck in a web of misdirection, clever communication and true paranoia. (Dir: Stephen Susco / USA / Seen: Press Screening / July 13) 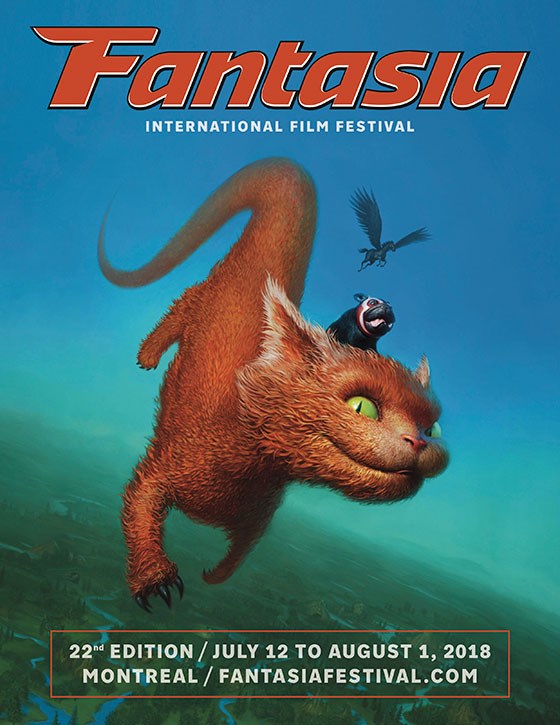