To Hell and Back - Order NOW

To Hell and Back - Order NOW 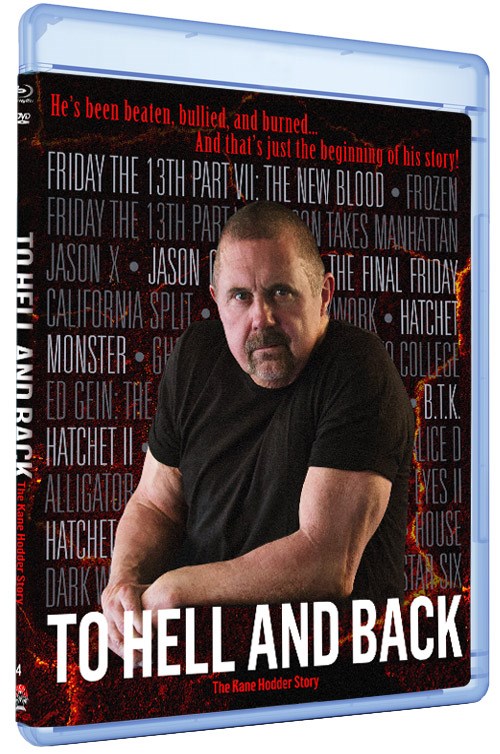 To Hell and Back: the Kane Hodder Story is now available for pre-order through Epic Pictures.

Kane Hodder is one of the most iconic actors/stunt men in horror. Most known for playing Jason Voorhees (more times than any other actor) and Victor Crowley, Kane has created a persona as an unstoppable force of nature. However, to become unstoppable, he had to go through hell.

To Hell and Back tells it all. Kane's beginning as a child growing up on a remote island in the Pacific Ocean, traumatized by bullies ... severely. From high school athletics to Hollywood, a bug was planted early on that could only be pacified through being on camera. A fateful newspaper interview permanently altered Kane, physically and mentally, when a full-body burn for a photo session went horribly wrong.

"Telling people your story can be risky," Kane recently told me. "You never know how much to tell people. When I decided to do this, I knew I was going all the way."

Kane is a fan-favorite at horror conventions and meet-n-greets. He is a powerful, kind, intelligent person who is approachable, but intimidating. He is the first guy you would want on your side, and the last guy you would want against you. His story is as big as his persona. To Hell and Back shows you the places that made Kane who he is. The balcony atop a high rise hotel where Kane first realized his passion. The place in the desert where he was burned. The hospital and the doctor that brought healing. ... All commentated by Kane, in his own words ... holding back no detail or emotion. The ultimate comeback story.