The HorrorHound Film Fest (#H2F2) is very excited about its line up of short films at the upcoming HorrorHound Weekend, August 24 - 26, 2018 in Indianapolis, Indiana.  We have a broad range of films from around the world and from acclaimed filmmakers! Take a look ... and, when you're at HorrorHound Weekend ... come and check them out!

15 Second Horror Film Challenge is a nonprofit international
film making contest in which celebrity judges decide the top films and
conventions screen our greatest hits! These are the winners from the
2017 contest. 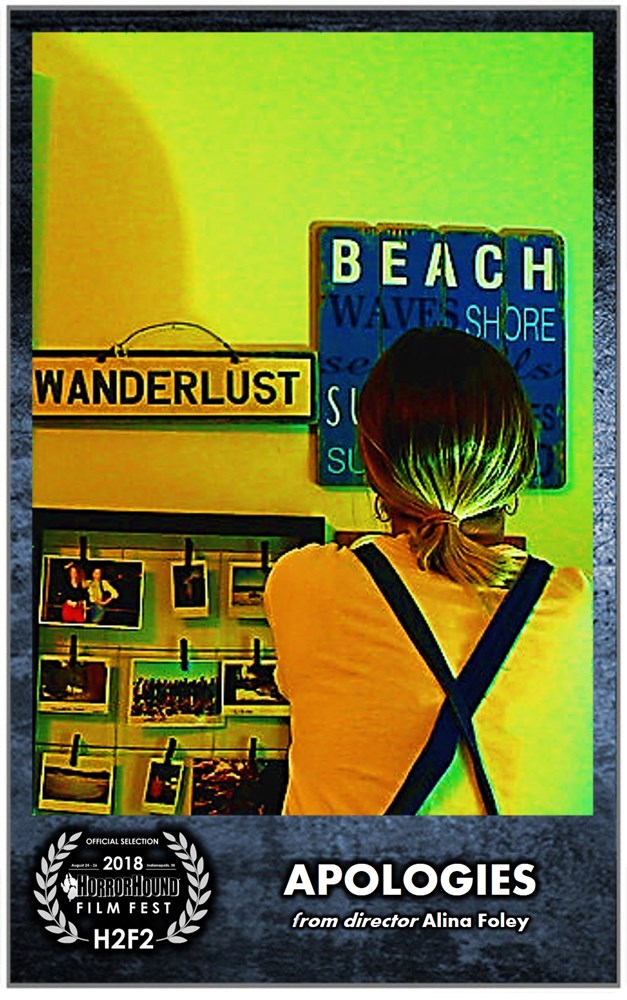 Kevin is haunted by grief and has questions that only the
recently deceased can answer. His search takes him to the most unremarkable of
locations, a grotty storage room at the back of a rundown pub. However, what he
finds there is anything but unremarkable. 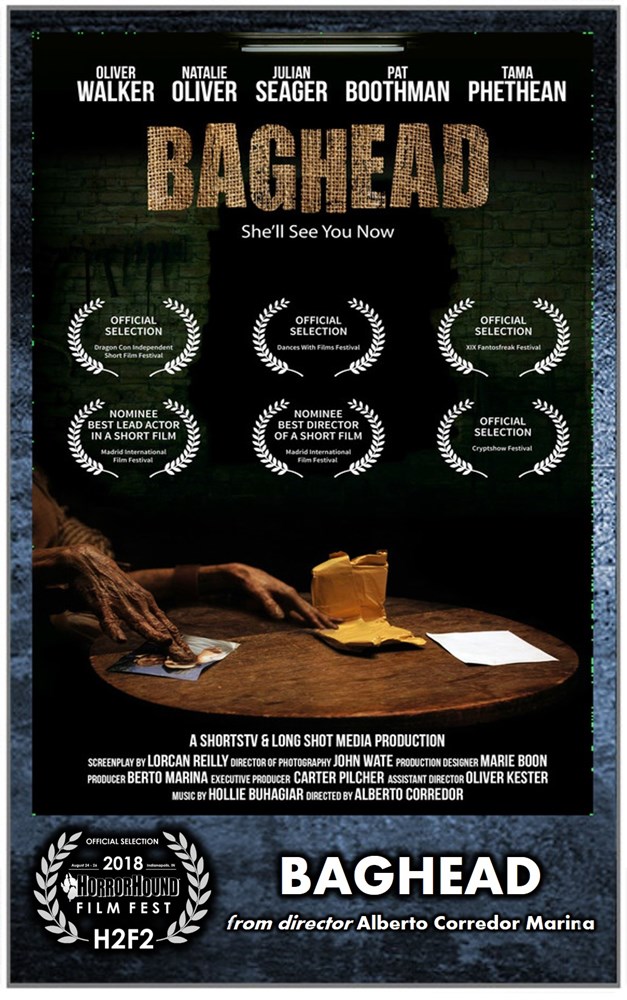 To pass the time during a blackout, three siblings tell a
scary story that proves to be more dangerous than legend.

Erica wonders off into the dark to search for medicine for
her wounded father. As she rummages through a cabin, she stumbles upon two men
who grant her cover for the night. But something outside is waiting.

When single mum Karen and her baby visit their elderly
neighbor Doris, Karen soon realizes things are not at all what they seem. Doris
has plans for Karen and the baby and enlists a group of elderly cohorts to see
her plan through. A short original film full of deranged and quirky characters.
Expect the unexpected in this weird and disturbing story of neighborly love,
friendship and murder, but mainly murder. 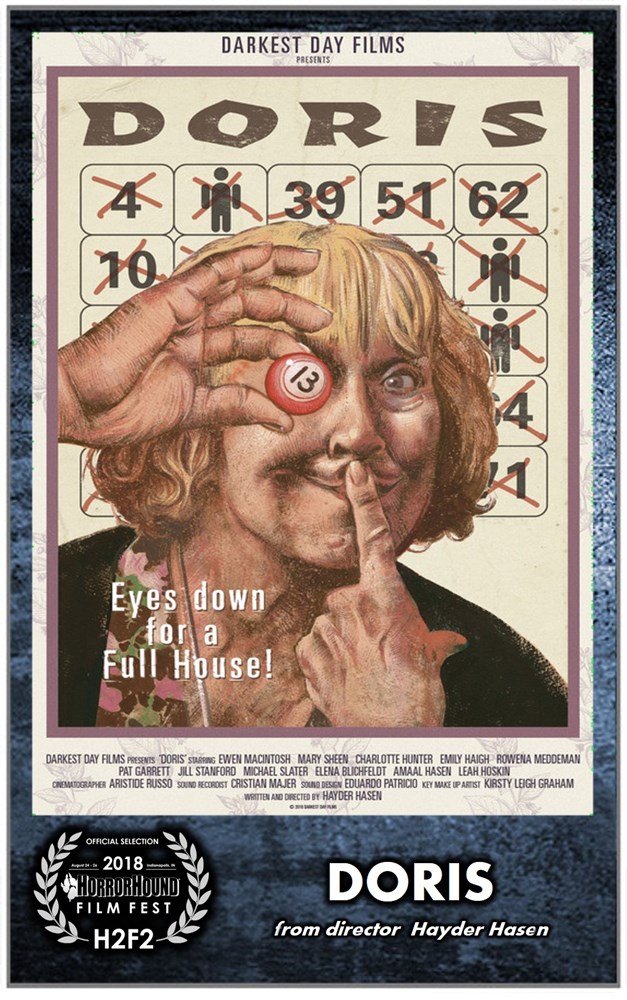 A child psychologist attempts a breakthrough with a troubled
little boy; but, unleashes the demonic fury of his "imaginary
friends" in the process. 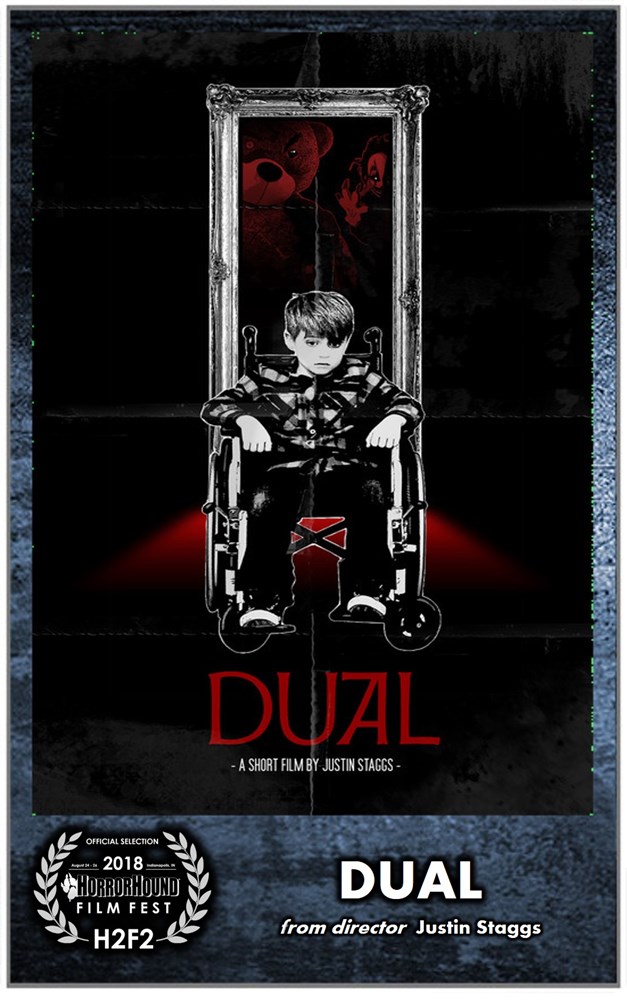 In a strange, dark asylum, a brilliant physicist with no
memory, sits incarcerated. One thing occupies his mind: escaping - to what or
where, he has no clue. Haunted day and night, by creatures that roam the halls
- or his imagination, he scribbles equations on every surface of his cell. Not
knowing whether he is insane, or on to something truly groundbreaking, every
combination of symbols etched onto the walls might be the key to his escape, or
just his madness laughing back at him. One day he has a breakthrough…

Charles falls into a germaphobic hysteria as he struggles to
live under the unsanitary habits of his roommate.

Following the death of her parents, a girl returns home to
confront the monsters of her past.

After mom gets hacked to pieces by her latest lover, a
devout child fights to escape the same fate.

A cat's search for candy leads to a spooky encounter on
Halloween night.

Based on Edgar Allan Poe's "The Tell-Tale Heart".
An overlooked associate struggles to complete a corporate presentation as a
horrific secret gnaws at her conscience. 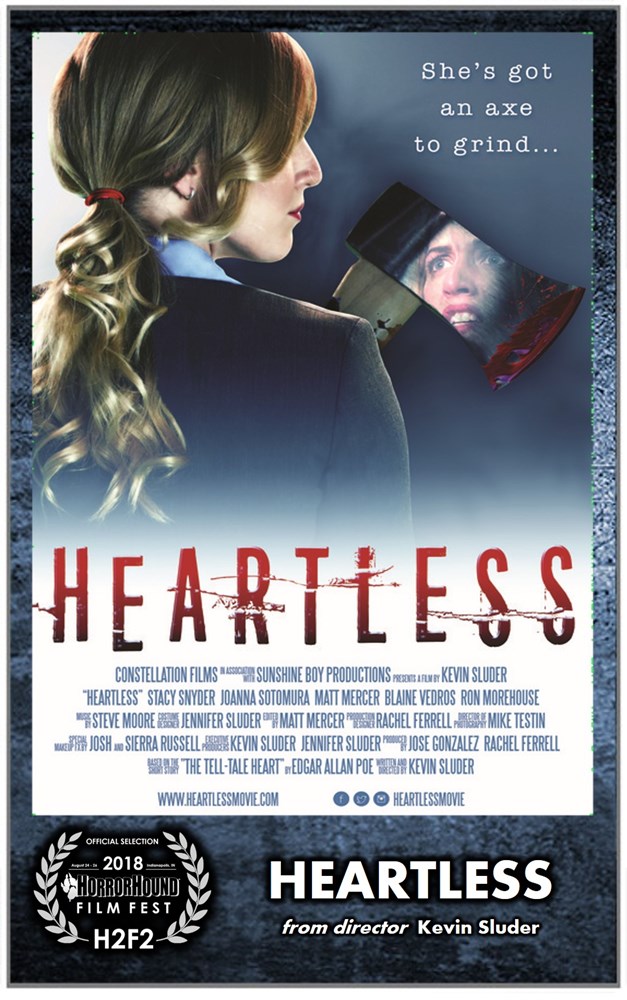 A man goes to violent lengths to relieve himself of an itch.

Two burnt out high school Lunch Ladies do whatever it bloody
takes on their quest to become Johnny Depp's personal chefs.

A lonely man stalks a family that may not be what they seem
in this combative, chaotic horror hell-ride of hunting demons both inward and
outward. 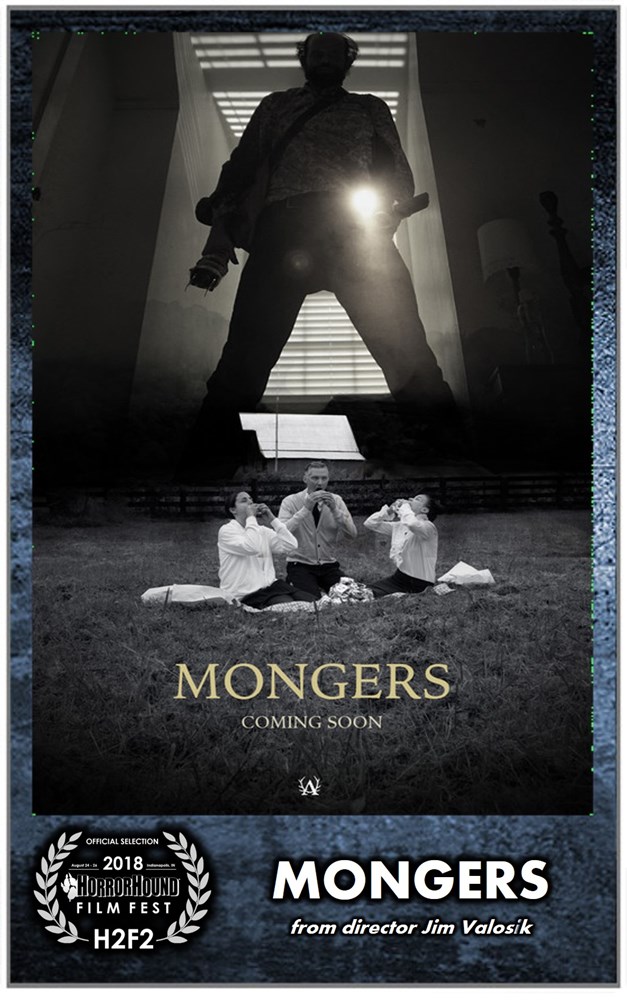 Youth, friendship, death … Nini is a brief journey through innocence and grief. 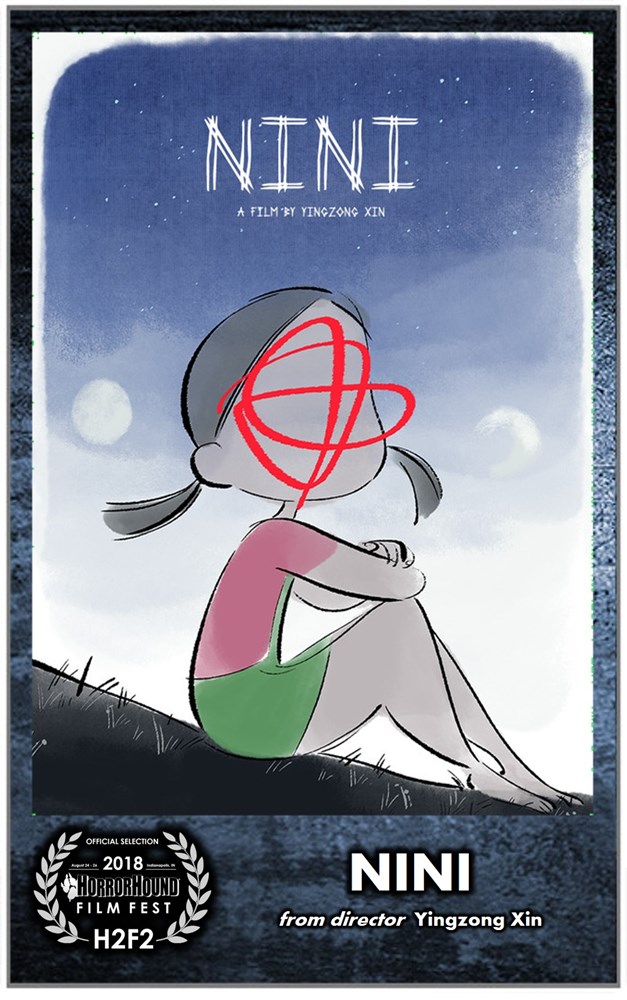 A young boy sees a monster at the foot of the stairs, and at
first, his mother doesn't believe him. 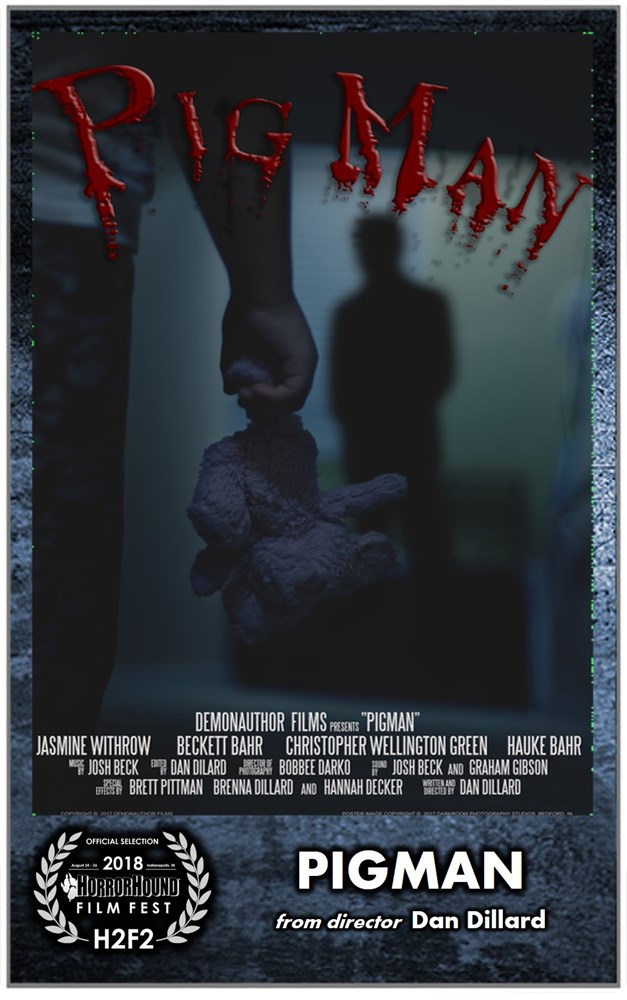 Elisabeth, a young college girl, goes to the library, amid a
thick fog, prepared to study while everyone is celebrating Halloween night,
1987. With the company of only her walkman, sleep begins to take hold of her;
but, she hears a recording on her walkman which will trigger the harassment of
a terrifying presence. 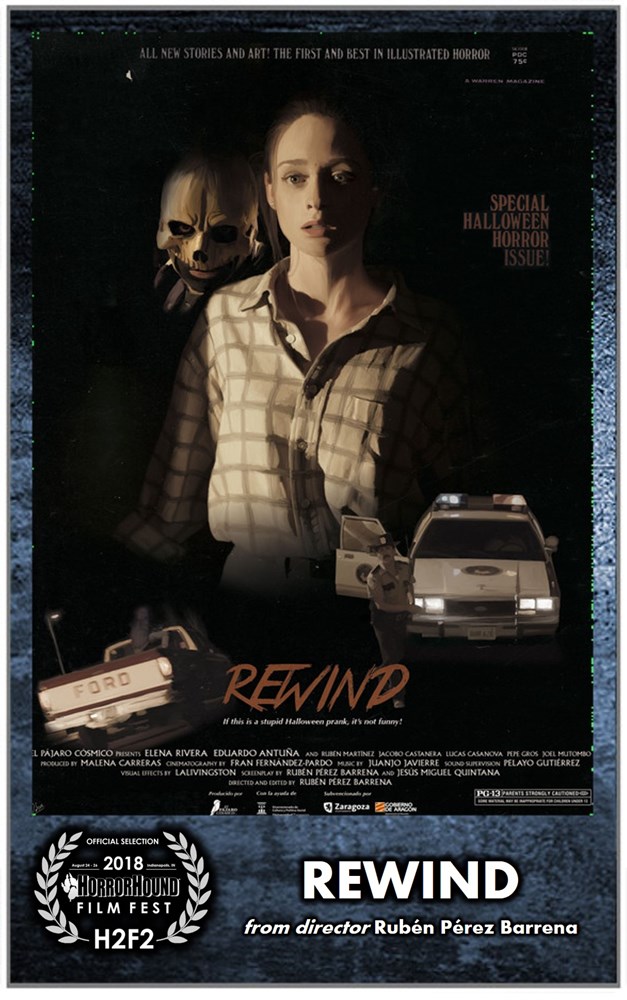 Blame it on Toby
is the first story from Rogues Gallery,
a modern horror anthology inspired by classics of the genre. Blame it on Toby stars Kevin J. O'Connor
(The Mummy, There Will Be Blood, Peggy
Sue Got Married) in a tale about one of the richest men in the world who is
never seen without his closet confident--a doll that is rumored to be
responsible for the death of dozens.

A country legend becomes a waking nightmare for Mitch, a
college student stressed out about an upcoming exam. His study group takes a
break to the rural country side which leads to a unusual discovery followed by
an unnatural obsession. A mysterious soda machine stocked by a Witch in the
woods takes Mitch down a dark rabbit hole he may never return from. 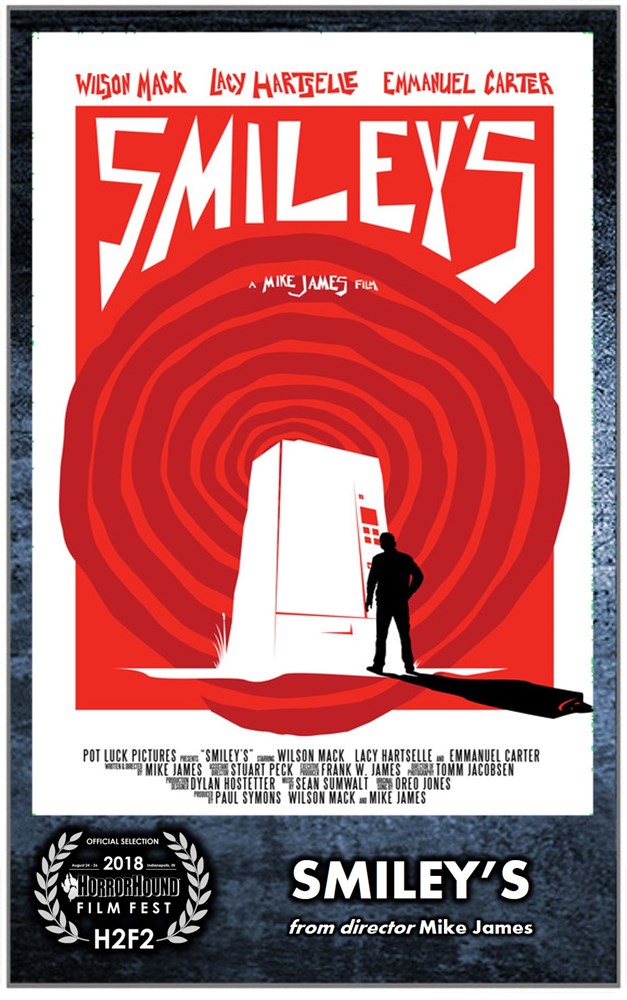