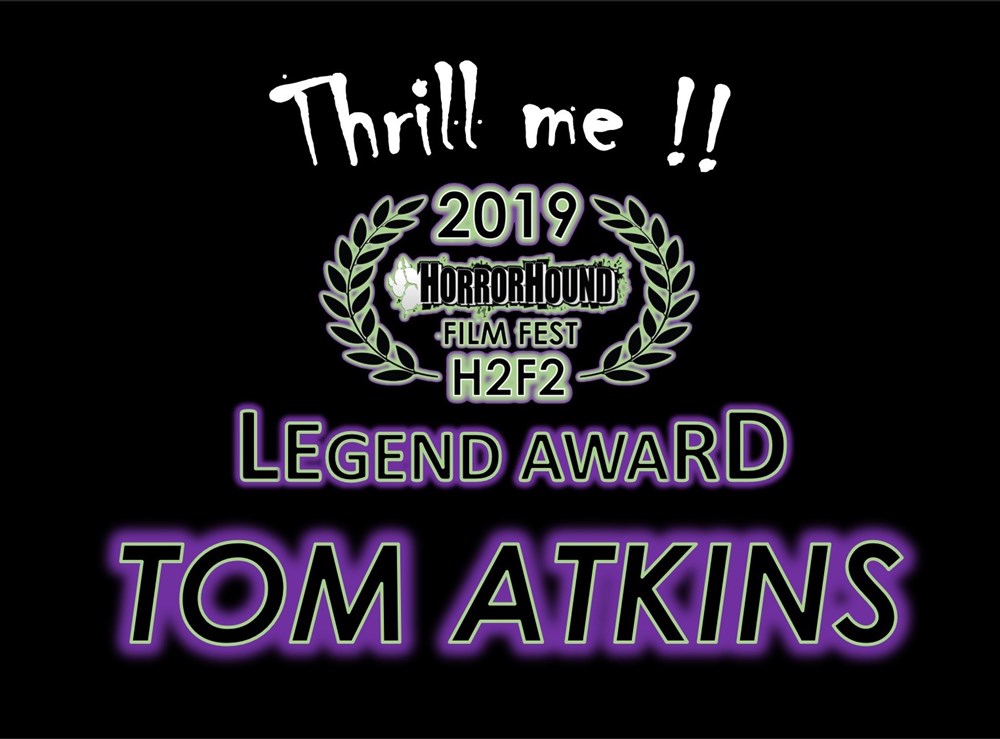 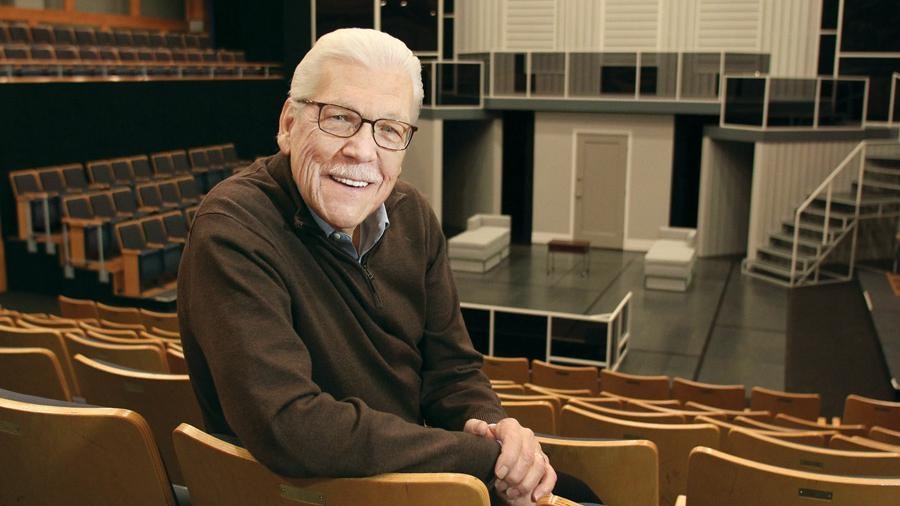 Tom Atkins Grew up an avid horror fan in Pittsburgh, PA. He has said that Howard Hawkins' The Thing from Another World (1953) made a huge impression on him as a kid. How appropriate is it then that he would go on to work with fellow Hawkins fan, John Carpenter, in multiple films.

Tom's film career began with The Detective (1968), with Frank Sinatra, Robert Duval, Lee Remick, and Jack Klugman. After playing a cop on various television shows (Serpico, The Rockford Files, etc.), his entry into horror was the made-for-television movie, Tarantulas: The Deadly Cargo (1977) along side Howard Hessman (Dr. Johnny Fever from WKRP in Cincinnati). Then, in 1980, Tom played opposite Jamie Lee Curtis in The Fog, the film that put him on the "horror-map".

The roles started coming rapid-fire after 1981. In 1982, Tom was in an episode of M*A*S*H* and Quincy, M.E. 1982 also included Atkins in the prologue and epilogue of George Romero's Creepshow as well as Halloween III: Season of the Witch, directed by Tommy Lee Wallace.

Tom Atkins saving the world in Halloween III: Season of the Witch (1982)

The next few years, Tom made more television appearances (St. Elsewhere, T.J. Hooker, etc.). In 1985, he starred in the thriller The New Kids, directed by Sean S. Cunningham (director of the original Friday the 13th) with 80s heart-throb Lori Loughlin and James Spader. This was quickly followed by appearances on The Fall Guy and Alfred Hitchcock Presents. 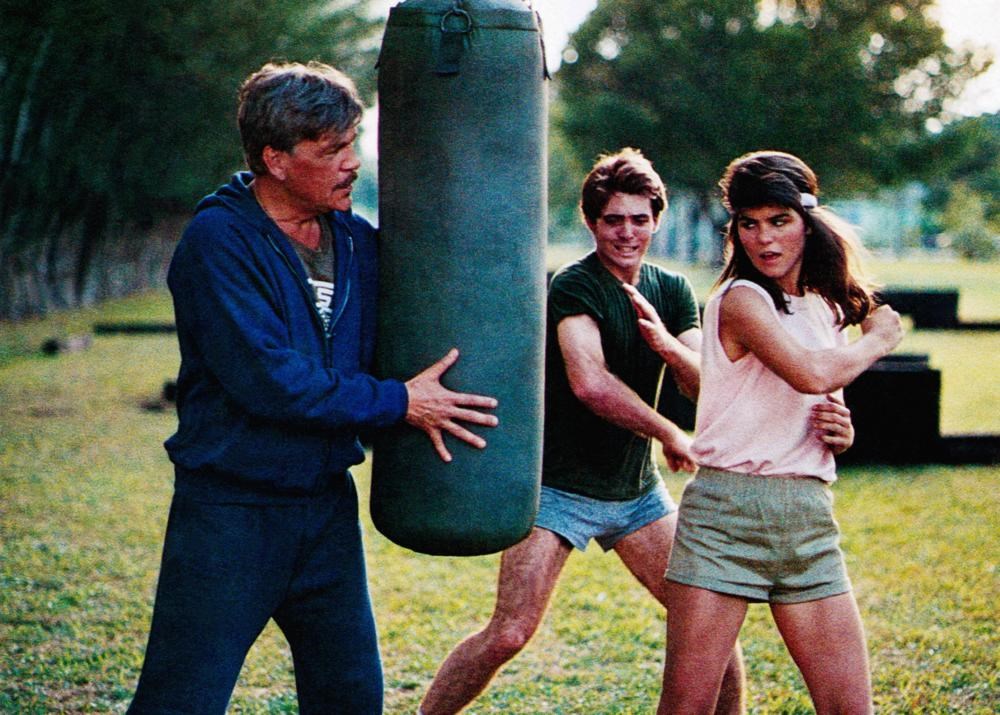 Tom Atkins and Lori Loughlin in The New Kids (1985)

Then - 1986's Night of the Creeps, written and directed by Fred Dekker (who went on the direct The Monster Squad), Tom played Ray Cameron. Ray is one of Tom's most memorable characters with his catch-phrase "Thrill me!", which can still be seen adorning t-shirts at horror conventions world-wide. 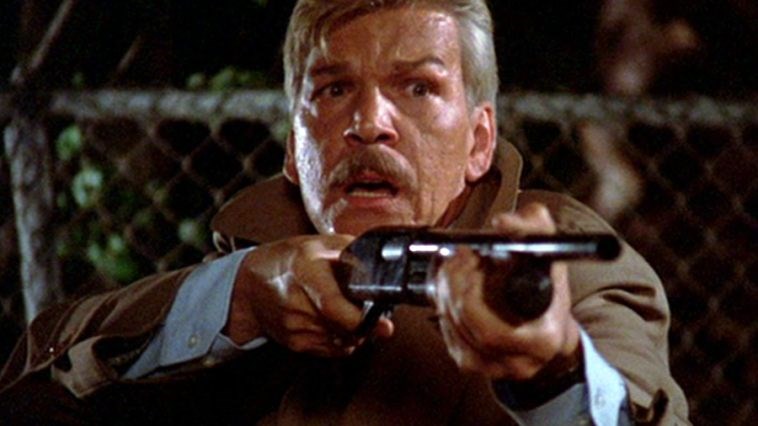 Tom Atkins thrilling us all in Night of the Creeps (1986)

The very next year, Tom played Michael Hunsacker in Lethal Weapon, where he and a carton of egg nog get shot in the back by Gary Busey in a helicopter. Ok, I know it's not horror, but that is TOO COOL not to mention. 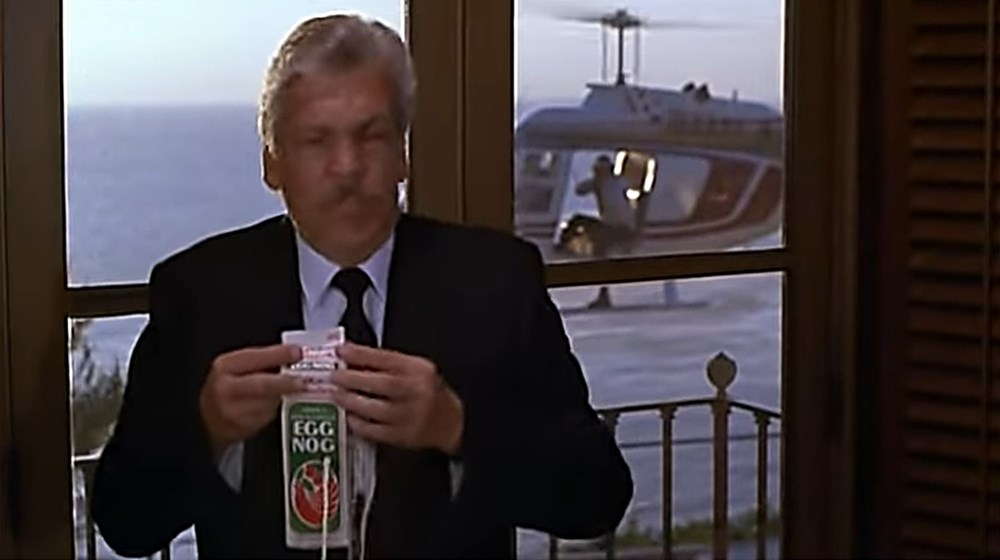 Several years and several memorable roles later, Tom starred worked with George Romero again in Bruiser (2000) where he played (believe it or not) a cop. After another brief hiatus from horror, Tom returned (as a cop ... well, a retired cop) in My Bloody Valentine (2009), directed by Patrick Lussier (who also directed Dracula 2000). His death scene in My Bloody Valentine is iconic! 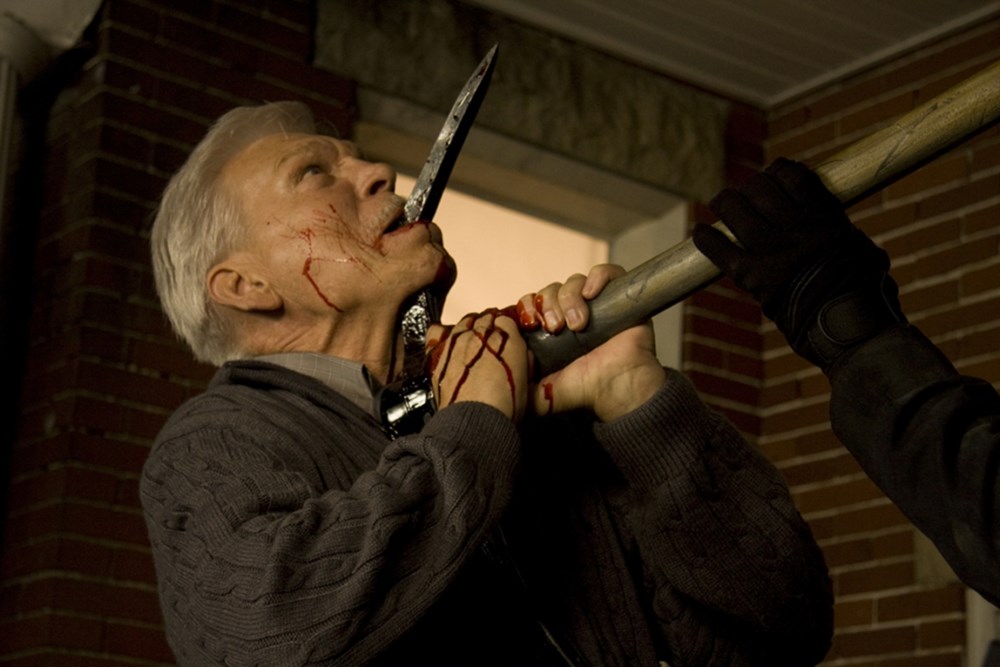 Tom made an appearance at the HorrorHound Film Fest in the 2014 horror/sci-fi film Apocalypse Kiss. And, this year, he returns to H2F2 in the short film Polybius.

Polybius screens at 5:00PM in Screening Room A (located in the Hyett Place, attached to the Sharonville Convention Center) on Saturday, March 16. At 7:00PM, in the same screening room, the H2F2 Awards Ceremony will honor the best of the fest. As part of the ceremony, Tom will be presented the Legend Award for his years of amazing dedication to horror. Please join us in honoring the incomparable, Tom Atkins.