Every year it seems Hallmark rewards fans of the macabre with a number of Halloween or Horror-themed holiday ornaments, as part of their Keepsake Collection. And us weirdos, who enjoy decorating their Christmas Trees every Winter are always on the lookout for officially licensed treats to adorn our trees. Well, it seems this upcoming holiday season will be loaded with plenty of spooky options to choose from, as Hallmark has unveiled their 2019 ornament lineup. Each piece will sell for $24.99 (and hits stores July 13th).

First up is the "Monster Mash Collection" – a series of musical Halloween ornaments featuring cartoonish takes on such characters as Dracula (with an Organ), Wolfman (or Wolfgang," if you will – on drums), and Frank (Frankenstein, on guitar). Each ornament will play "Monster Mash" and features light-up elements.

The Walking Dead has always been a good seller for Hallmark, so it comes as no surprise that the "big bad" himself, NEGAN, will be making his keepsake premiere (he was already produced as a plush "Itty Bitty" ornament last year). Holding Lucille, Negan will be available for an SRP of $18.99. Prior Walking Dead ornaments include Rick, Daryl (with crossbow or on his motorcycle), Merle, and Michonne. (Negan hits stores on October 5th.) 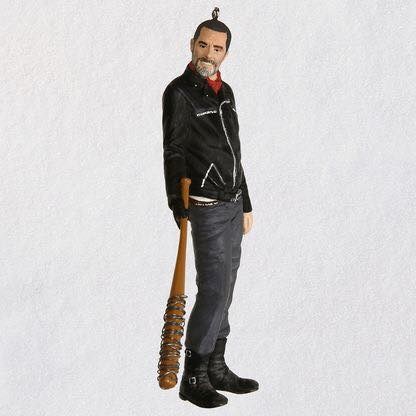 From the world of Ghostbusters comes a pair of ornaments based on either the character of Dr. Peter Venkman. This "Magic Sound" ornament will play memorable clips from the 1984 film. Both Stay Puft and the Ecto-1 have been translated to keepsake ornaments in the past. Venkman hits stores October 5th and will retail for $19.99. Speaking of which, a new Ecto-1 Ornament is also about to hit stores *July 13th) and will feature lights and sound (the iconic siren). Retail on this piece is $19.99. 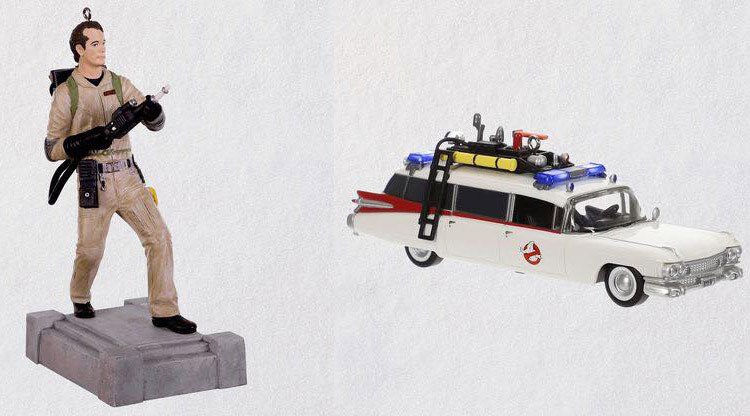 Moving on ... fans of the sillier side of "horror" will surely be interested in the new Scooby-Doo themed keepsakes on the horizon. A special Scooby 50th Anniversary ornament will be available October 5th and features the cartoon canine popping out of a celebratory cake. Retail on this piece is $16.99. A much creepier ornament featuring Scooby in front of the haunted mansion (boasting images of various ghouls from the popular animated series) will also be available on July 13th. This piece features lights and sounds (from the haunted house), and will retail for $24.99. 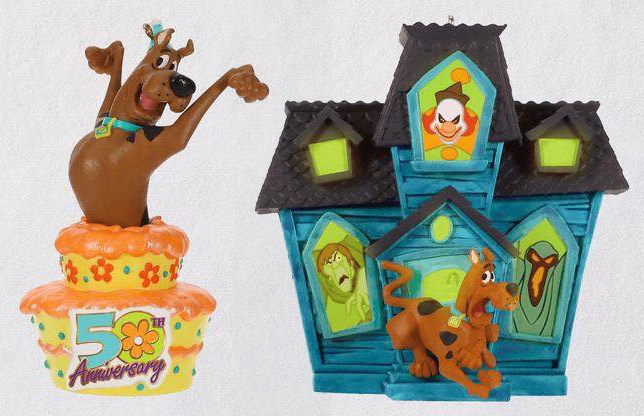 Another animation-based ornament to keep an eye out for comes from Peanuts titled "The Halloween Vulture" ... this piece features Charlie Brown (in his trick or treating costume) being startled by a lurching Snoopy. The ornament is another light and sound keepsake – which will play Snoopy's howl when button is pressed. This piece hits stores July 13th and retails for $24.99. 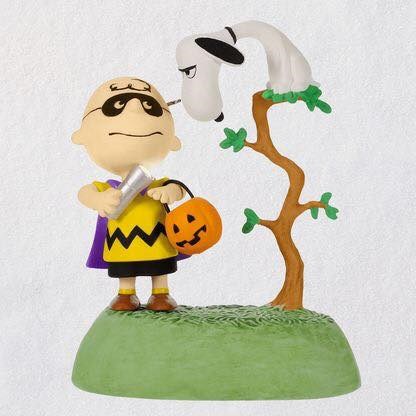 Tim Burton's The Nightmare Before Christmas is also getting a couple new pieces on July 13th in the form of Scary Teddy and Undead Duck (two pack), plus Jack as Santa (w/sled). The deadly duo of toys will come in a special two-pack, and retail for $19.99, while Jack's keepsake (titled "Here Comes Sandy Claws") is an elaborate creation that will fetch a $32.99 price tag. Ad additional stand-alone Jack (as Santa) is also planned for a December 3rd release, for an SRP of $18.99.

If you're more into non-licensed fare, Hallmark has you covered. Halloween fans can secure fun ornaments that simply celebrate the spirit of Halloween. A pair of Black Cat ornaments will be available (one, titled "Bewitching Black Cat," is posed on a moon shape – which the other has a cute cat peeking from out of a pumpkin). ... Both ornaments will be available on July 13th and retail for $15.99 (moon) and $7.99 (pumpkin) respectively. Available on that same date is a new installment in Hallmark's retro "Happy Halloween!" keepsake series, which boasts a diorama within a Jack'o'-lantern. This spirited piece will sell for $15.99.

And if you're looking for just one more cool piece to add to your collection ... while it's not "horror" (or even Halloween themed), it's still a cool creature piece ... Jurassic Park's "When Dinosaurs Ruled the Earth" is a musical ornament that plays the JP theme song. Look for this piece in stores November 8th (SRP: $22.99). 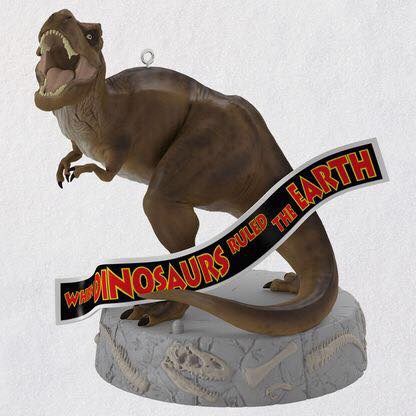 For more information on all of these ornaments, or to order yours, please visit www.hallmark.com.