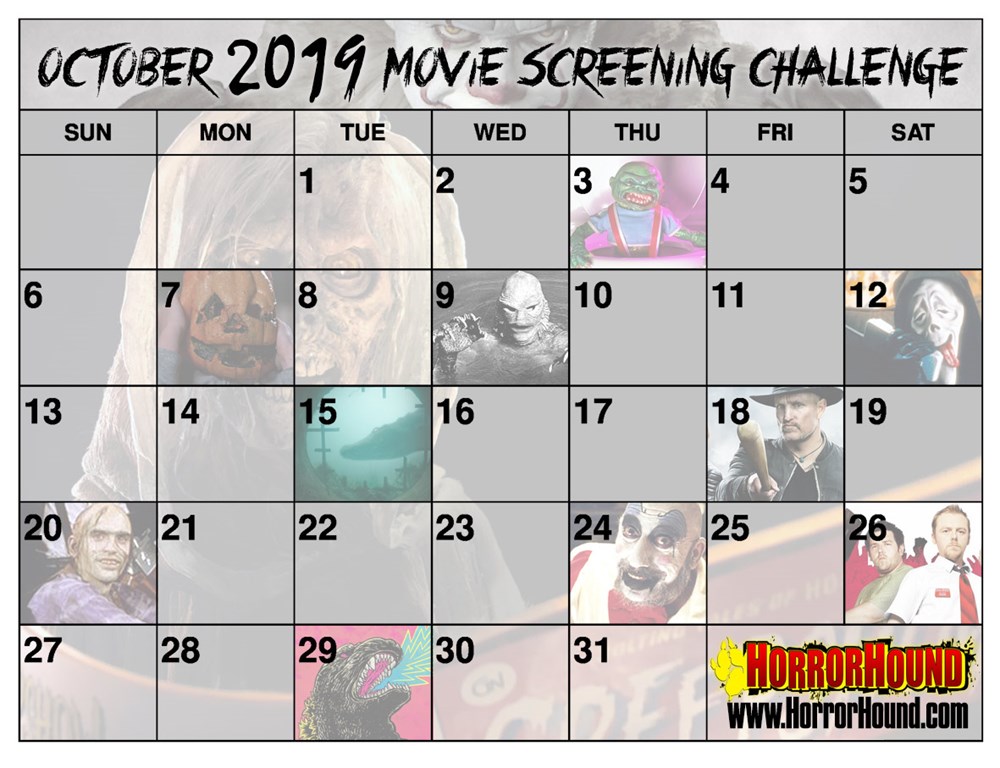 It's time for the FIFTH ANNUAL October Movie Screening Challenge! That's right – this is the fifth year in a row we at HorrorHound have pieced and posted a screening guide for how to plan out your spooky season! The challenge is simple: you to watch one horror film each day of October featuring the following plot devices, characters, or particulars .... what film you watch is up to you, as long as it involves the following each day:

We definitely brought back a few of our favorite picks ... tried to come up with a few new concepts, and even asked fans to submit their own. Have fun with the list and email us at mail@horrorhound.com with any comments and suggestions (your suggestions for 2020's challenge are always welcome). Thanks and enjoy your October/Halloween!

*If you do not have the ability to watch a specific film type listed above (maybe you don't own one or can't find one or don't have the appropriate streaming service), then you must watch John Carpenter's Halloween (if you fall victim of this clause more than once, then watch the sequels in order, as required, till the list is complete).