The Walking Dead - The Final Season

The Walking Dead - The Final Season 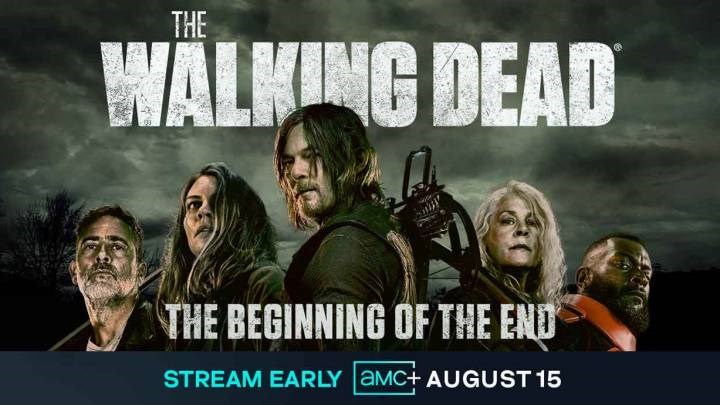 While not as grandiose as previous season premieres the focus this time was on the interpersonal and setting up the seasons core conflict which deals with the Commonwealth and how our group will deal with them, as enemies or joining forces. 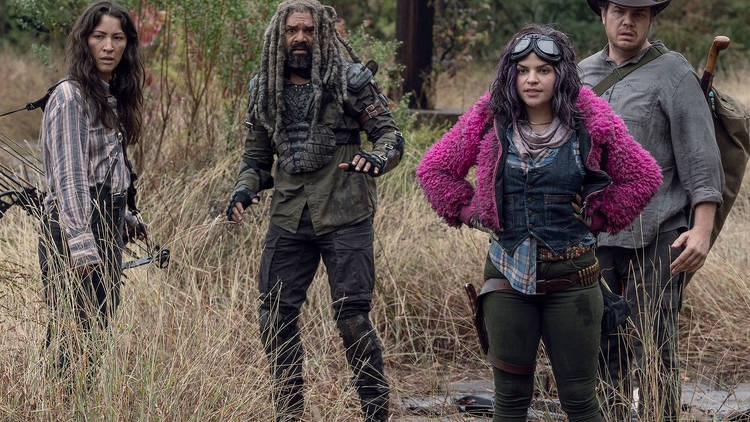 The final season is a bittersweet one, as is the case with the show.  We're seeing Negan trying to redeem himself, we know that Darryl and Carol will be heading off on their own series, and according to the reports, Rick Grimes will not be coming back in the series itself but solely in the feature films being spun off.  That means we won't be seeing Michonne either most likely.

With the premiere I was given the chance to talk with some of the cast members of the show about the final season.  The interview included Khary Payton, Eleanor Matsuura, Josh McDermitt, and Callan McAuliffe.

HH: I wanted to ask you all about the way this series shows a sort of reversion in humanity as we've gone on this journey.  I've seen the first few episodes and I'm not going to do spoilers but there's even a sort of cave painting type of motif.  Can you talk about how this changes the characters, for example Gabriel loses his faith as it goes on, Ezekiel seems to hold onto his while Eugene holds on to science.  How do they revert while the world is de-evolving around them?

Well, I think, first of all, you just have to I think it's a good example of being reminded that that that we as human beings do not react to adversity or anything, for that matter, in the same way that we all have our different ways of coping with with adversity. And fortunately, you know, we've developed this beautiful cast of characters that can they can demonstrate that idea. That none of us are cookie cutters that that are going to react in in the same way and and because we're all living with their trauma, we have a certain amount of empathy.

About about how each one of these characters reacts,  I mean, I think it's kind of incredible that you take a character like Negan who is introduced in a in a certain way that that, you know, puts you on the defensive, except that he's, charming and incredibly handsome. You know, you usually kind of, you know, not thinking that that he's the one that you decide you want to be on

But as soon as you tell the story, you at least start to understand where he is coming from a little bit, you know, and I think that's kind of incredible. That may be one of the more extreme examples, but that's the beauty of the show, I think is that is that it it doesn't take trauma and sacrifice and survival and make it something that's that's a that's an easy question to answer.

Did you use the word reversion? Is that what you said

HH:  Yes where they revert back to a do or die type of mentality.  Where if you threaten me, I am going to take you down kind of thing. And it's interesting to see how the walls fall away and the belief systems change of these characters. I really find it fascinating, one of the cooler parts of the show, because you have science, you have religion, and then you have like with Darryl, he's more able to to deal with everything because he's sort of the nature boy.  He's grown up in a world that is self sufficient already.

Yeah, I mean that's true.  But that word reversion...I was thinking about that word.  So I was like, I'm just it's an interesting word.   And I was thinking like it reminds me one of the things I love about this show is how weirdly mirrors what is happening in the real world, like just by something, because they write the show before things that happen outside in the real world happen. And, you know, this pandemic has been a perfect example of that. Like we're crawling slowly out of sort of the worst of the pandemic

But we are asking ourselves the questions like what do we want to take with us from the pandemic that we've learned and what do we want to leave behind? That's a conversation that we as human beings are having with each other, i'm certainly having with people. And I think in the show it's dealing with that because we find, whether it's going back to old characters, like Maggie coming back, or whether it's finding new communities that we know we're about to explore a new community, we're going to see all these characters and where they've been and maybe they're going to be thrust back into positions kind of like the old world.

Like Seth is a great example of that. He's thrust back into a world where suddenly he's called upon to be a priest again. What does that mean now that he's had his faith tested so much, like every single character in the show is pushed towards this kind of shoved towards this new world, and it really makes that past come up kind of aggressively on them, too. So we will get to see them explore like Yumiko is a classic example of that. We see that back in the day she was this really hard core professional lawyer.

We've never seen that from her for the past two seasons I've been on the show.  In many ways I rejected that side of my life. So it's interesting coming back to it to be like, well, am I just going to slip back into being like a buttoned up lawyer or what is it? I'm going to take my experience 12 years and the apocalypse and how is that going to fuse together? So, yeah, that's that's what I was thinking reversion was such an interesting word, to have those paths meeting together this season.

The Walking Dead returns for its final season August 15th.