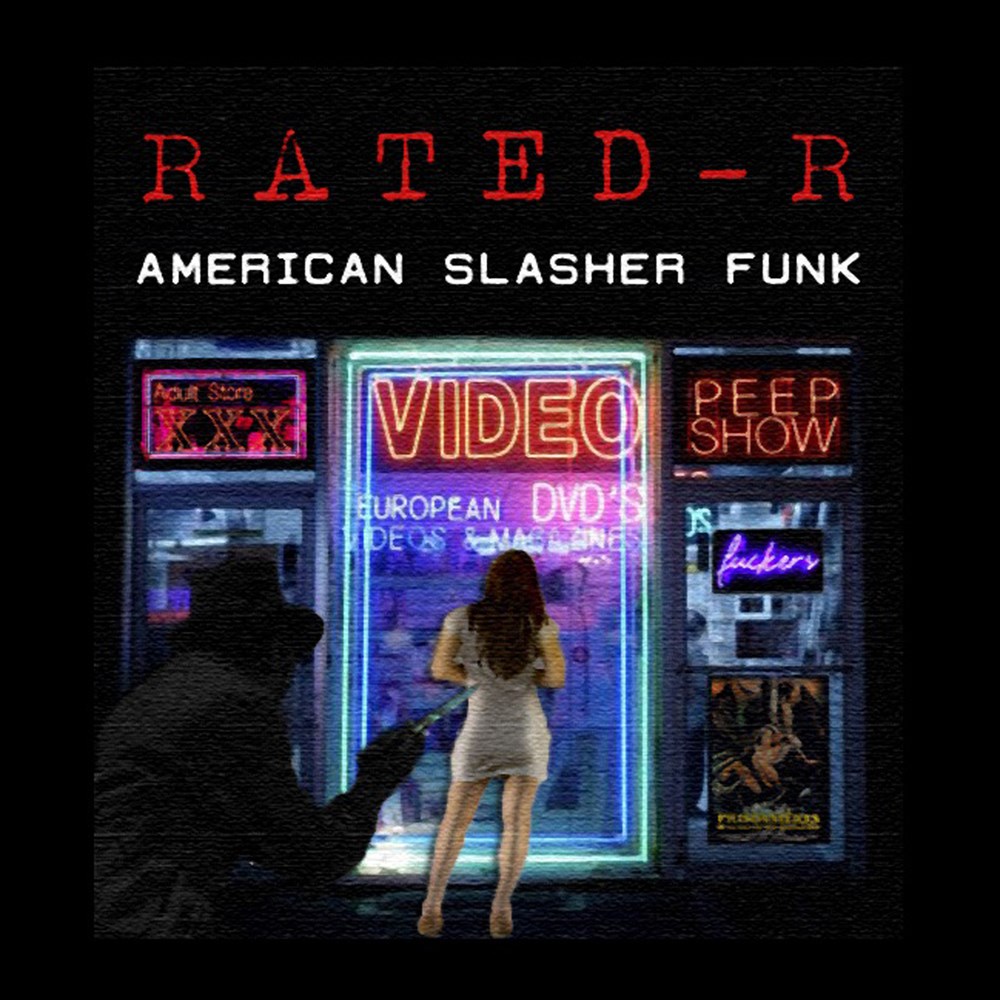 Are you a fan of horror movie scores? Perhaps you like to dance the night away in dark gothic nightclubs? "Rated R", a synthwave producer and musician from Los Angeles has released his debut album, American Slasher Funk. It's a love letter soaked in the blood of horror and it may be just what your little black heart desires.

The album cover is an homage to the VHS boom and slashers of the '80s, with a young woman standing in front of a gritty neon lit video store, unknowingly stalked by a figure in the shadows. Chilling! From the get-go, this album feels like it is from another era itself, perfect for a night out at the Tech-Noir as you hide out from T-800s and Members Only jackets.

The title track is definitely the stand-out on this album with its rocking and dance club feel. I could not help but be reminded of the film, Day of the Dead, as I listened. "In the Dark" slows things down a little bit with nice haunting feel. If "Killer Wave," doesn't get your body moving, you may need to check yourself for a pulse. Songs range from a dance and trance feel with loads of dark atmosphere to spare.