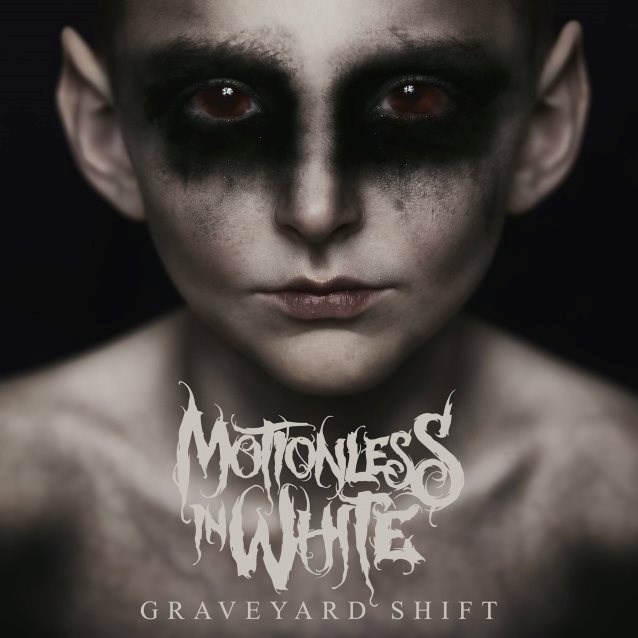 Pennsylvania’s Motionless in White is a band that has always had a knack for combining the heavy and melodic into one Molotov cocktail of ear candy. Taking cues from Depeche Mode all the way over to Cradle of Filth, the band has won over fans all across the world with their catchy yet brutal music, along with one of the most impressive approaches to theatricality around.

With their newest release, this year’s Graveyard Shift, Motionless in White shows yet again that they’re a force to be reckoned with and we thought it’d be fun for this entry into Notes and Blood, to chat with one of the music’s most unique bass players, MIW’s  Devin “Ghost” Sola about the band’s message to their fans, his penchant for dressing up as everyone from Leatherface to Cruella di Vil and all things horror. 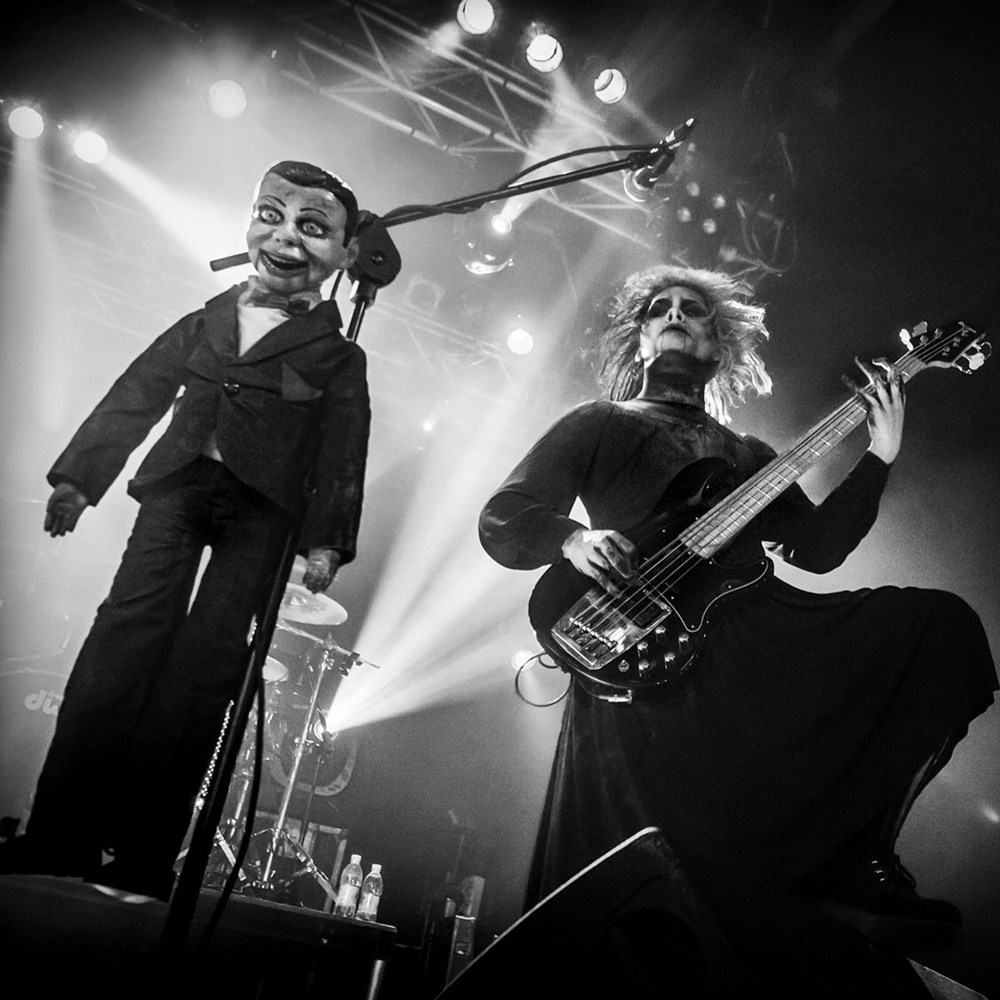 HH: Motionless in White has one hell of a sound, one that really showcases a wide variety of influences. Along with that sound, there's a very strong sense of visual style. What inspires that for you?

Devin Sola: A major thing that inspires it is not only the love for theatrics but for the craving for something visual. I don't want to go to a performance and see the person on stage look the same as they did earlier in the day. There's something magical and ritualistic in a performance and that should be shown to the audience.

HH: MIW's live show is always a lot of fun, and one of the reasons for that is seeing the costumes you've had throughout the years. There's definitely a horror influence in that, from the Leatherface get up to Sweeney Todd and much more. Were you always a fan of the genre? What led to your discovery of it?

DS: I believe a sort of character should be taking the stage, not just your ordinary person. The stage gives you much more power than that and I believe it is a disservice not to utilize that. What better way to do that than literally portraying my favorite characters that I grew up admiring and being fascinated by? I've always been a fan of the horror genre since I was a kid and I'll always be and continue to show that.

HH: We all have our own favorite subgenres of horror. I'm a massive fan of all things slasher or demon-related. What's your go-to corner of horror and what are some of the films that really stand out to you as some of your favorites?

DS: Anything that is otherworldly or supernatural appeals to me the most. Whether it is in actual physical dimensions or inside the character's mind. My absolute favorite is The Shining because I feel it does both of that. I'm such an admirer of movies that are so clever and have so much under the surface than what the ordinary viewer might only see. Watch the documentary on The Shining, Room 237 if you haven't! 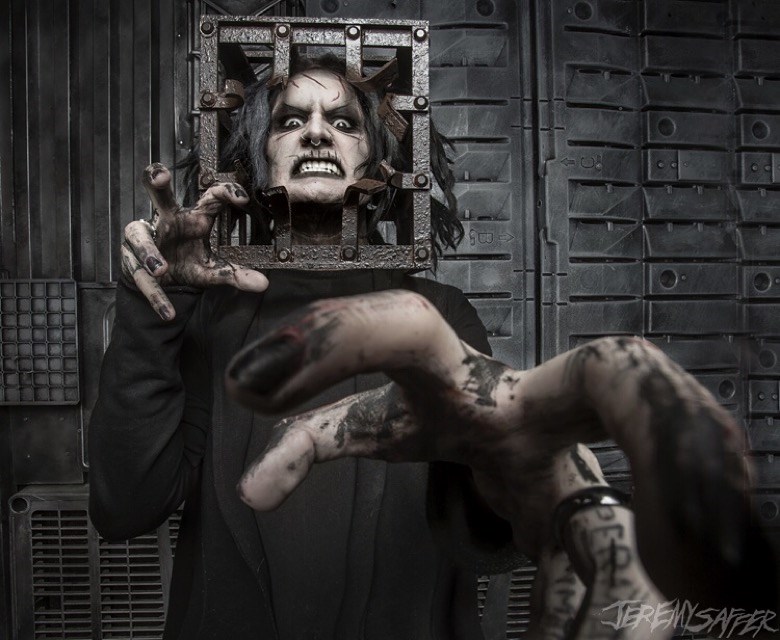 HH: Are you a fan of the more extreme films in the genre, like the French Extreme movement, with Martyrs, Inside, High Tension, and so on?

DS: I can't say I've dived into that world too much. I'll have to give it a taste!

HH: Being yourself and not caring or giving haters any power over you is a message that has always been a big part of Motionless in White's music. As a musician who a lot of fans really dig and as someone in a band that a lot of people are very inspired by, why do you think so many people have latched onto MIW and the message behind your guys' music.

DS: Motionless In White does what it wants to do, without fear or uncertainty and that's naturally going to be appreciated. It also challenges those who don't know that is an option for them to live freely. We are known for being outspoken about it and that's a major reason why we interest people.

HH: While I love A Nightmare on Elm Street and Halloween is my favorite film of all time, as a series, it's always been Friday the 13th for me. Is there a particular series and/or antagonist within that series that you've always latched onto?

DS: I'm really into the Insidious films. I love anything that centers around another world and it is especially even more interesting when that world correlates and shares a plain with ours. Not to mention the look of the film, the characters, the feel, it is all such top quality to me. 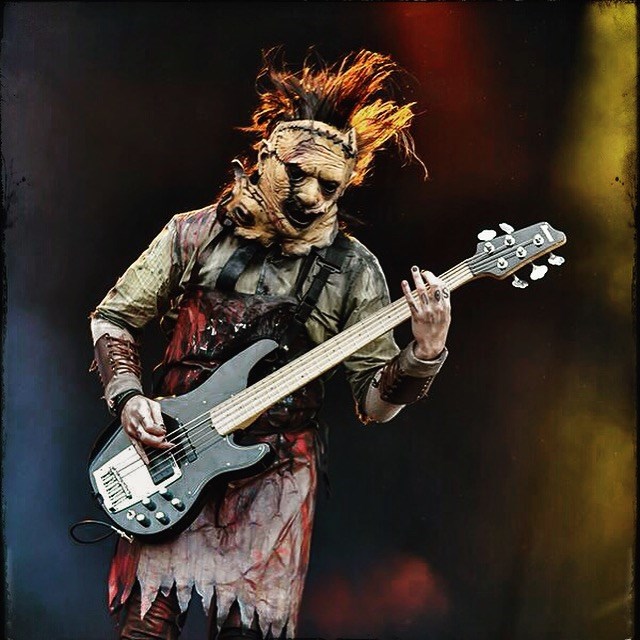 HH: When it came time to record Graveyard Shift, which I think is your best album to date, what were your goals as far as pushing the band's sound to new areas but also maintaining what fans love about MIW? I noticed the sound clip from The Neon Demon, which is awesome, that movie really touches on how something beautiful can be damaged and ugly as well, are you guys all fans of that film or Refn in general?

DS: I feel like each record is only going to get better and better. We have more experience each time, we have the ability to try new things as we progress, but our love from where we came from is only going to get stronger and stronger. I think that shows by our efforts and by the fans' opinions. Just like we are able to appeal to different people with different sounds I think we are continuously building a bigger fan base for the same reason. It is an eclectic mixture that continues to improve and grow and I think that describes this record. Both The Neon Demon and Drive are among our collective favorites.

HH: Have you seen any films within the horror genre that you've really liked in the last couple of years? Have you seen The Void? If not, check that one out, it's like Carpenter's Prince of Darkness and The Thing meets Hellraiser. It's definitely one to look for!

DS: As mentioned before I love the Insidious/Conjuring world, I LOVE anything Rob Zombie-related. Krampus was a recent favorite of mine as well! I have not seen The Void but I will now make sure to do so!

HH: The genre goes through many changes and trends. What's your least favorite popular horror trope?

DS: I'll probably get shunned for this, but I have never been a fan of the torture movies. Saw, Hostel, etc. I never liked the characters and I never had anything to interest me or feel intrigued by. It's all just how can we kill this person? And that's it... I need much more! New things are always interesting but my heart will always be attached to the supernatural and otherworldly, where it all began!

Motionless in White is now on tour and their new album, Graveyard Shift is now available, via Roadrunner Records.

*All photos used with permission, courtesy of Devin Sola.